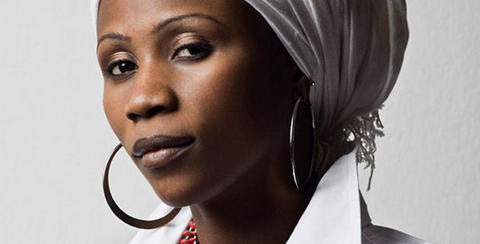 Dakar June 17 - CLITORAID congratulates and encourages the Senegalese State with the Islamic Network and (RIP) population, which managed to set up “The Islamic Argument” against the practice of excision in Senegal. This will make it possible to better explain to populations that this practice is not part of any Islamic recommendation and, consequently, must be abolished.

Indeed, there is no recommendation found in the Koran that dictates this barbaric act, as epitomized by the excision inflicted onto young girls. Such a recommendation could not come from the Messenger of Allah/Elohim who created the male and female human body “In their image.” If the clitoris was useless or without a function, women would have been created without one.

Thus, CLITORAID supports Senegalese artist Sista Fa, a pro-human rights’ activist, in her very dignified fight against excision, which she, herself, was the victim of. Consequently, she finds the aggressiveness of the pro-excision group against her during her human rights’ and excision awareness tour at Aere-Lao (in Fouta) on May 24th 2013, deplorable. This act of aggression is a strong signal to all those who fight against FGM to double down on their efforts in order to help these dissidents understand that this practice only brings deep and devastating consequences and scars for women. Any person imbued with deep feelings for justice and love for “thy neighbor” would never commit such an act of belligerence.

Clitoraid is an international non-profit organization founded on the idea put forth by the Spiritual leader of the Raelian Movement to end female genital mutilations by offering a free surgical restoration procedure to all victims of this barbaric act and give back to these women a sense of pleasure and dignity. The Kamkasso hospital, which was built for this purpose, will be inaugurated on October 8th in Burkina Faso, West Africa.
Back to category overview   Back to news overview
Older News
Newer News