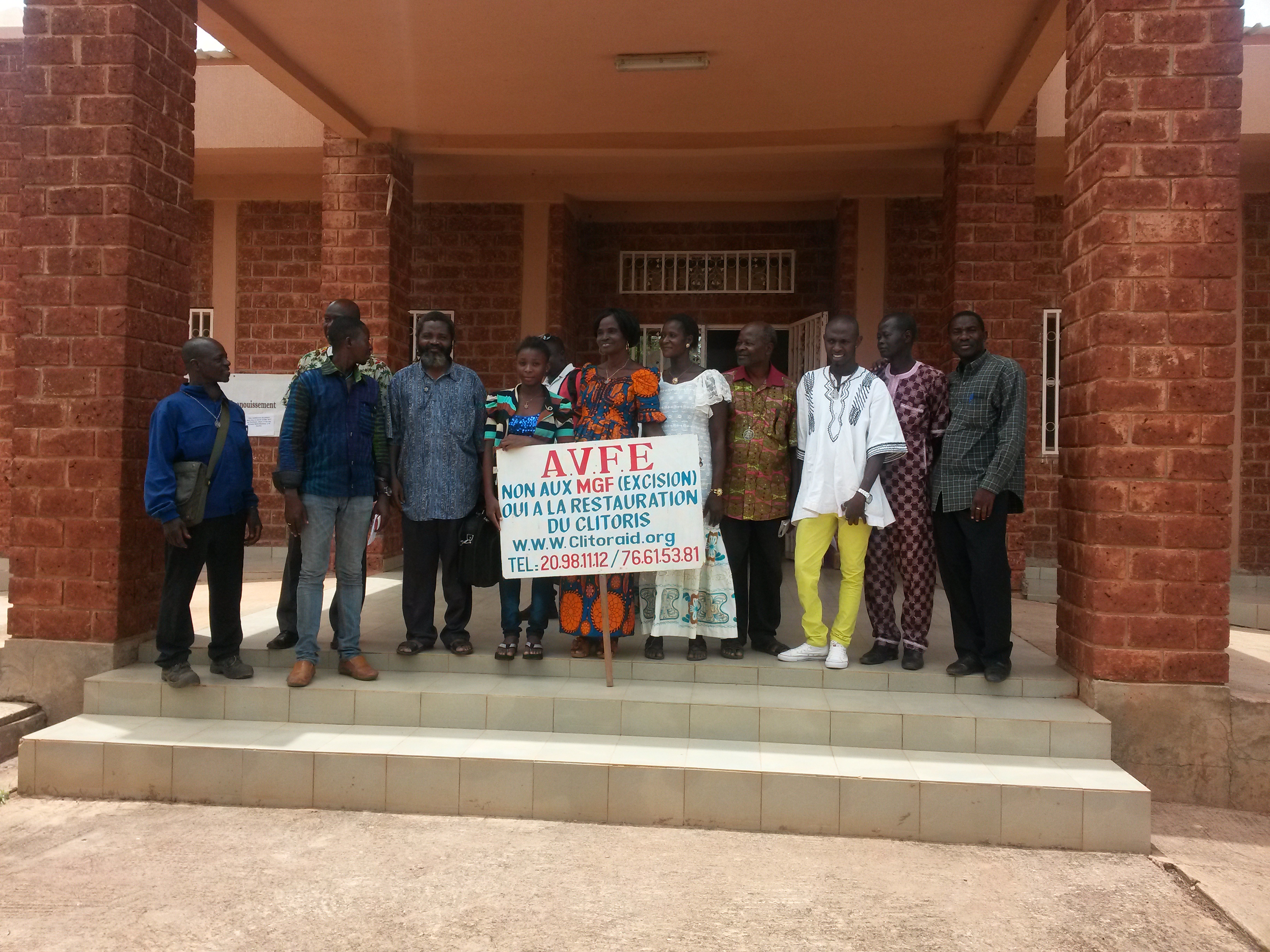 LAS VEGAS, May 22 - Despite the government's surgery ban in the Kamkaso hospital, Clitoraid / AVFE continue their original mission and launch a free clitoral restorative surgery campaign in Burkina Faso as part of Clitoris Awareness Month.

A few days before the opening ceremony of the Kamkaso hospital in Bobo Dioulasso, BF in 2014, the Burkina Faso Health Office notified Clitoraid / AVFE of its ban on surgeries, while Professor Charlemagne Ouedraogo launched a defamation campaign against AVFE and Clitoraid doctors.

Since then, despite repeated administrative efforts on the part of Clitoraid, the government has failed to respond to the humanitarian organization's requests to grant the opening of the Kamkaso hospital.

During a conference in Italy in 2017, Mrs. Lamizana born Traore Mariam, former minister for women's health in Blaise Compaore's government and president of the woman's organization La Voix Des Femmes (Women's Voice)
officially declared that Clitoraid’s action was not necessary since many Burkinabe surgeons were now offering clitoral repair to local women.

“Mrs. Lamizana's remarks are completely false" says Mrs. Siribie, spokesperson for AVFE/ Clitoraid. "Some clinics may have begun to offer the surgery but at a steep price, whereas the Kamkaso pleasure hospital thanks to international donations offers the same service for free to FGM survivors.

The women who cannot afford the surgery must hold Mrs. Lamizana and the Burkina Faso Government solely responsible for their inability to access the surgery.

“Let us remind the public that the government's motion to ban the opening of the Kamkaso hospital strictly stems from religious discrimination toward the Raelians who launched this humanitarian endeavor designed to benefit women of all religions" declares Mrs Siribie.

"AVFE and Clitoraid’s original objective is to offer clitoral restorative surgery to the thousands of women who have contacted us and who cannot afford the procedure." says Siribie
.
"After Clitoraid’s successful mission in Kenya earlier this month, where Dr. Bowers, Clitoraid’s chief surgeon, operated on 45 women and children, we decided to meet the expectations of the Burkinabe women and allow most of them to regain their dignity and their sense of pleasure, "explains Brigitte Boisselier, Clitoraid’s President.

The Kamkaso hospital is fully equipped and able to accommodate 6 women per day if the authorization was given to Clitoraid.

The mission of Clitoraid International, inspired by Prophet Rael, spiritual leader of the International Raelian Movement, is to ensure that all women who have been genitally mutilated have access to clitoral restorative surgery as developed by Dr. Foldes.

"Until the Kamkaso hospital officially opens its doors, these operations will be performed in clinics accredited by the Clitoraid program and by surgeons trained by Dr. Bowers. In the meantime, our hospital will act as a welcoming center for FGM victims wishing to have the surgery" adds Boisselier.

“The extra costs and further inconvenience to FGM survivors can only be blamed on the Burkina Faso government that refuses to authorize the opening of our humanitarian hospital based on religious discrimination" deplores Boisselier.

The women of Burkina Faso who wish to know more about clitoral restorative surgery are cordially invited to an information conference at the Kamkaso hospital on Saturday May 27 from 8 am to 6 pm.
.