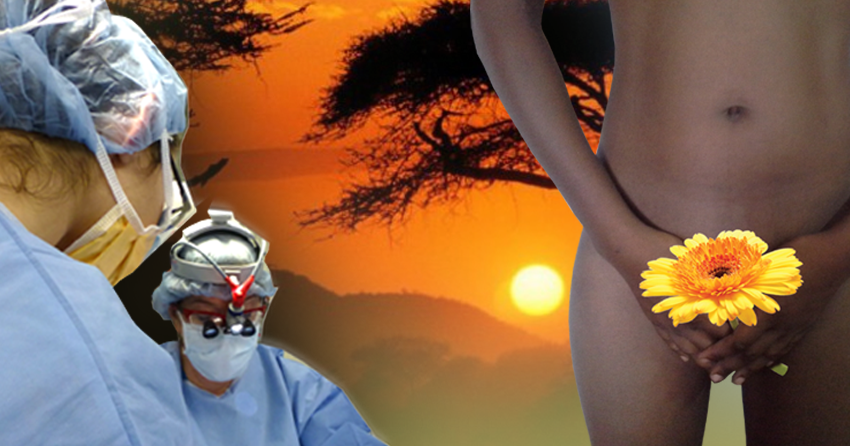 Nairobi, March 7, 18 - On Women's Day, women around the world stand up for gender equality, denounce sexual violence and celebrate their womanhood. Kenyan women are no exception. Today, thousands of Kenyan sexually mutilated women are demanding the proper restoration of their anatomy and their duly right to experience orgasm without shame and guilt.

The second annual Kenyan humanitarian mission to restore the clitoris of FGM victims is set to take place from July 22 to Aug 04 in Nairobi. It is a collaborative effort between two dedicated NGOs: Clitoraid, based in the US and its Kenyan counterpart, Pink Plus Garana.

According to a 2013 UNICEF report, a quarter of all Kenyan women are victims of the barbaric custom of FGM, also known as “cutting" informs Nairobi based Dr. Adan Abdullahi, head of Garana. "we are humbled that the medical community is finally able to offer a surgical solution to women facing a lifetime of pain and suffering caused by FGM".

The upcoming humanitarian mission is being launched amidst the #metoo worldwide movement denouncing sexual violence against women.

"FGM survivors are truly the apex of sexual assault" deplores Clitoraid's surgeon, Dr. Marci Bowers of San Francisco, USA "It is sad to say that in this case, it is mostly women who inflict sexual torture on the girls in their community by dismembering their genitals".

Dr. Abdulahi adds: "Recently, ​Nairobi​ Doctor Tatu Kamau filed a lawsuit to reverse the​ Kenyan​ ban on FGM​​ in adult women by arguing that adult women should be able to do whatever they want with their bodies".

Both doctors agree that adults are free to treat their body as they please though they ponder how women’s sexual pleasure can be so repressed that some women would choose to cut off their "​Allah given" healthy clitoris, ​ie. ​the most pleasurable part of their anatomy, to make them honorable members of the community.

"Sexual education is key for women to fully embrace their innate womanhood in Kenya and around the world" says ​Bowers.

Both Dr. Bowers and Abdullahi will volunteer their surgical skills to reconstruct the clitoris of patients suffering from FGM in Nairobi this summer. ​45​ women were restored last year.
Back to category overview   Back to news overview
Older News
Newer News