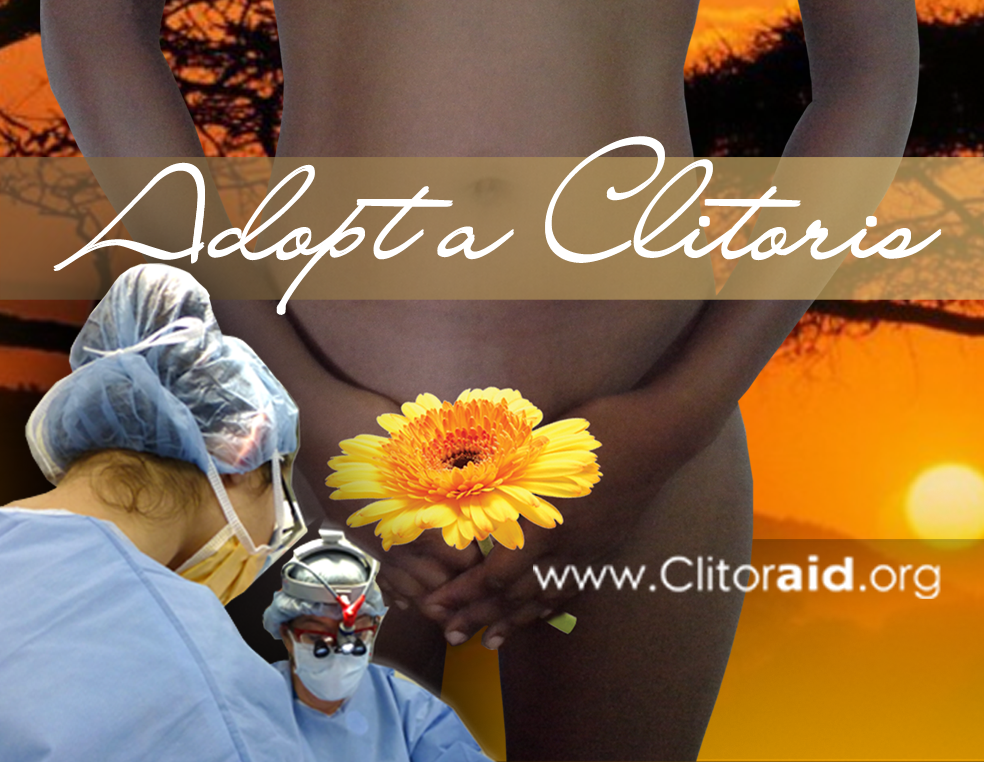 LAS VEGAS, March 3, 2022 - The U.S. based NGO, Clitoraid is launching its 2022 ‘Adopt a Clitoris’ fundraising campaign that will sponsor the clitoral restorative surgery (CRS) of FGM survivors during its 3rd Humanitarian Mission in Kenya, from November 14 to November 19, 2022.

"We call on the public to 'Adopt A clitoris', that is, to sponsor the 150 FGM Kenyan patients who will be scheduled for surgery during our upcoming mission this fall." explains Nadine Gary, Clitoraid International Director of Operations.

"Any donated amount will make a difference!" says Gary, "These women are desperate to turn the page on the unspeakable trauma they’ve endured in their childhood and to finally recover their clitoris, this precious organ, solely dedicated to their sexual pleasure."

“The 'female circumcision' ritual, of unimaginable violence, consists in forcefully slicing off a portion of a child’s clitoris and sometimes her labia, without anesthesia”, Gary bemoans, “by denying women of their sexual pleasure, the hope is to turn them into chaste, subdued and faithful wives.”

“And the Covid pandemic has made things worse!” Gary says.

It has been reported that the Covid related stringent measures have produced an increase in Sub-Saharan FGM cases.

“The reason is economical”, explains the spokeswoman, “circumcisers were striving to make ends meet while little girls were locked down in their homes and accessible.”

The Covid pandemic has also caused medical supplies to triple in cost in Kenya and today, the price of a CRS procedure is estimated at $600.

“That’s in spite of doctors such as Dr. Marci Bowers, Clitoraid's head surgeon and Dr. Adan Abdulahi, the host of the mission in Nairobi, and others, volunteering their services” adds Gary.

Clitoraid’s 'Adopt a clitoris' campaign unequivocally raises the issue of women's sexual pleasure as an inherent human right, a stance supported by both the United Nations and Rael Maitreya, the international spiritual leader whose humanitarian vision sparked the creation of Clitoraid in 2006.

Beyond Kenya, ‘Adopt a clitoris’ is a global call to denounce and erase centuries of shame and guilt around women’s sexual pleasure perpetrated by patriarchal Abrahamic religions for too long”, concluded Gary.
Back to category overview   Back to news overview
Older News
Newer News