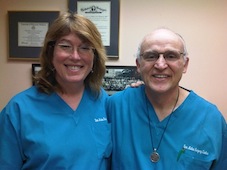 A U.S.-based, nonprofit organization’s fight against female genital mutilation (FGM) enters a new and expanded phase today, according to a statement released this morning by Clitoraid (www.clitoraid.org).
The organization was launched by Rael, who founded the International Raelian Movement (www.rael.org) nearly 40 years ago and still serves as its spiritual leader.

“FGM is extremely prevalent in many African countries and there are an estimated 130 million FGM victims living today worldwide,” said Nadine Gary, Clitoraid’s head of operations. “About 228,000 of them live in the United States, and we’re happy to announce that our head surgeon, Dr. Marci Bowers, is not only performing restorative clitoral surgery on four such victims today in San Francisco, but is also training other doctors to perform the procedure developed by French surgeon. ”

Gary said Dr. Harold J. Henning, M.D., of Fulton, New York, is assisting Dr. Bowers in today’s surgeries and will complete his training at this time.

“Although these surgeries are taking place in the United States, Clitoraid’s focus is on the millions of African victims, since the vast majority of them can’t afford the procedure,” Gary said. “That’s why our fundraising emphasis is on opening our new dedicated clinic in Burkina Faso, West Africa, as soon as possible. Hundreds of victims are already on our waiting list to have the procedure performed there free of charge by our volunteers.”

Dr. Henning, a board-certified obstetrician and gynecologist who is also a member of the Raelian Movement, is among those volunteers. He has been in private practice since 1986, and currently lives and practices in the small city of Fulton, New York, near the eastern end of Lake Ontario. Born in Kansas, he completed his medical training in that state and later earned a Ph.D. in reproductive physiology.
“I’ve been doing gynecologic surgery for about 30 years and did obstetrics for 20 of those years,” Henning said in a recent interview. “My experience is working with women and women’s issues.”

With the completion of his training under Dr. Bowers today, he will be ready to perform the restorative surgery at Clitoraid’s new facility in Burkina Faso, unofficially dubbed ‘The Pleasure Hospital’ by volunteers. Henning plans to attend the opening later this year and is donating equipment to the project.

Asked what steps need to be taken to reduce the prevalence of FGM and assist more victims, Henning stressed the importance of community awareness, both here and in Africa. He said that while he was previously aware of FGM, he had never seen an FGM victim while practicing medicine in the American Midwest.

“But many FGM victims here in the United States, including some on the East Coast, want to have their sense of pleasure restored, so I’ve made plans to do this for them in Upstate New York,” he said, adding that he had learned of these patients after they contacted Clitoraid.

“Restoring the sexual pleasure that has been taken away from such victims is the beauty of what we’re doing, and I look forward to helping them by doing the corrective surgery,” he said. “After joining the Raelian Movement, my eyes were opened to issues that plague women throughout the world, not just in my local community.”

Gary said Henning’s new contribution on the East Coast of the United States is important to Clitoraid’s efforts, since Bowers covers the West Coast.